Main > Blog > What Your Eyes Can Tell About Your Personality

What Your Eyes Can Tell About Your Personality

Jasmine Fong
Blondes have more fun; red heads have a temper. We’ve all heard them. Statements on how physical traits that we can’t change or control, tell other people about how we behave. Besides your hair and your smile there is actually one facial feature that is universally known to tell others a little something about you. Your eyes; the windows to your soul. Everything about your eyes have been interpreted to hold a meaning. Right down to the shape, distance apart, colour, size, these are all supposed to describe one or more of your personality traits. However, just because it’s supposed to do something doesn’t mean it does. 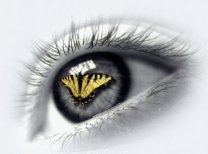 Besides the multitude of quizzes and surveys that can be found online, there are scientific studies that have been completed in search of a possible relationship between the two. One study in Australia found that eye colour may predict how “agreeable” someone might be. In this sense, how empathetic, friendly, generous, compassionate or competitive. Spread over 336 individuals in two universities, these researchers discovered a relationship. It looked as if darker eye colors were more agreeable than North Europeans with blue eyes. This would mean that the color of ones’ eyes would dictate that person’s personality. That genetically, this individual is prewired to be more competitive or empathetic compared to others whose eye colours would be darker or lighter.

A more recent study in 2013 looked at eye colour and how it would attribute to how trustworthy a person would be. This study used facial pictures of 40 females and 40 males to rate for perceived trustworthiness. It found that those individuals with brown eyes were seen to be more trustworthy than those with blue-eyes. 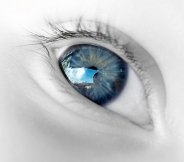 Another study in 2012 tracked eye movements, to see if there would be a relationship between how someone gazes and their personality traits. More specifically, this study categorized personality traits into five major characteristics: neuroticism, extraversion/surgency, openness/intellect/fantasy/culture, agreeableness and conscientiousness. These five characteristics are the foundations for more commonly known traits. Neuroticism incorporates fairly negative traits like anxiety, fear moodiness, worry, envy and loneliness. This experiment found relationships between the five characteristics and gazing behavior, how long you stared at the picture and what points of the picture were looked at.

Between the three studies it looks to be fairly convincing that eyes can depict an individuals’ personality. However, that would mean that as humans are conceived and born their personality is set. Regardless of the experiences that they have their personality remains the same, its predestined. If your personality changes, your eyes would have to go through a change to show it! So against the age old conflict between nature and nurture, does nature really win? 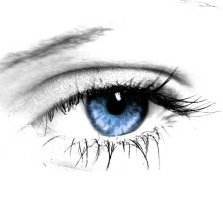 At the moment the idea of your eyes as an indicator for personality is fairly new and there isn’t a lot of evidence to back it up. As for the studies, each have their own complications. The findings from the Australian study couldn’t be interpreted for the general European population. The study in 2013 found that perhaps it had not been the eye colour, rather other facial features that may have allowed the individual to be perceived as trustworthy. The last study had found a correlation, but had not found the cause. So there may have been other variables that had not been controlled for. The idea of a physical trait that can be interpreted to describe what makes you, well you is something that people want to believe.

Given these studies and their complications it doesn’t seem that there is a total loss for eyes as an indicator for personality. However, at the moment, there just doesn’t seem to be enough evidence to prove it to be true. Perhaps it may in the future, but for right now it seems that this idea will is receiving a no, from the scientific community.
Jasmine Fong March 23, 2016
Share
Tweet
Our readers also like:
Blue Light Filter: Software and Apps for Active Screen Users Studies in Shut-Eye: How Much Sleep is Enough