Haadi Hafeez
There is no greater joy than bringing new life into this world. Starting a family, and passing down everything you know to the next generation is something everybody thinks about at one point or another. But with the growing trend of couples waiting to get pregnant due to pursuing careers or financial constraints, it has become difficult to conceive as of late. 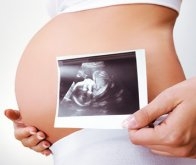 There is a stigma for women that wait too long to have children, as it is common knowledge that the longer they wait the higher chance their child will be born with some sort of disability. Luckily with the aid of modern medicine, doctors have a battery of prenatal tests that can be implemented, examining the health and wellbeing of the unborn child, giving parent’s ease of mind with the knowledge their baby is going to be okay.

When becoming pregnant, having the guidance of an obstetrics physician (a branch of medicine focusing on childbirth and pregnancy) is highly recommended, as they will monitor maternal and fetal well-being for the duration of the pregnancy until birth. During the first trimester (conception to about 13wks) the physician would often look at the overall health of the mother by performing blood work and other ancillary tests, exposing any physiologic deficiencies or illness that can affect fetal growth and development, here are some commonly looked for attributes: 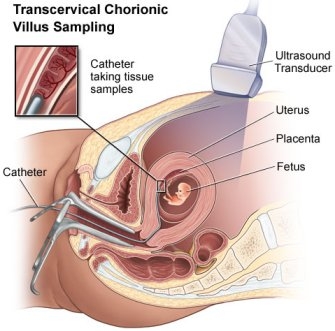 There are multiple different prenatal diagnostic tests that can be implemented to pregnant women depending on the particular trimester of gestation, with some only allowed during certain weeks of the pregnancy to ensure accurate results and minimize the risk of pregnancy loss, and yes most traditional screening tests do come with a degree of risk of having a miscarriage, albeit extremely small. These tests are used to screen the unborn baby for any defects or genetic abnormalities, allowing the parents the option to terminate if they so desire. The following tests are highly sensitive and are considered very reliable.

Ultra Sound: Typically done at 18-20wks into the pregnancy, as this is the best time to view the fully formed fetus. This method can be useful to look for a sign called “Nuchal Translucency” as seen near the soft tissue of the cervical spine, which has been linked to downs syndrome, Turners syndrome, as well as congenital heart defects

Chorionic Villous Sampling: a more invasive procedure, commonly done around 10-12wks into the pregnancy, it requires a catheter to be placed directly into the placenta tissue without actually entering the amniotic cavity. A piece of tissue is extracted for testing, helping get a karyotype of the fetus DNA revealing if there are any genetic abnormalities. There is a 1 in 100 chance of pregnancy loss, and can be higher if not done in the appropriate trimester.

Amniocentesis: done usually around 15-16wks into the pregnancy, using a needle to extract amniotic fluid from the amniotic sac covering the fetus. With the aid of ultrasound guidance, a needle is inserted through the abdominal wall and uterus, reaching the amniotic sac. The fluid extracted is then used for genetic diagnosis looking for the various trisomy abnormalities (Trisomy 21, 18, & 13) plus other possible factors that may harm the fetus. There is a possible 1 in 400 chance of miscarriage with this testing method.

Newer prenatal screening tests have been introduced as of late and are touted as being noninvasive while being as sensitive as the aforementioned tests.

Cell-free fetal DNA (cffDNA) testing first introduced in 2011 aims to revolutionize the field providing highly accurate results at an earlier stage of pregnancy and with no risk to the mother and fetus. Typically done around the 10th week of pregnancy, extracted maternal blood is found to contain fragments of fetal DNA helping researchers sequence the fetal genome, looking for any genetic abnormalities. This form of noninvasive testing is turning heads has it is considered highly sensitive and accurate when compared to its invasive counterparts. It has been documented that the average rate of Downs’s syndrome detection rate is over 99% with a 0.1% false positive rate while inflicting absolutely no risk to the pregnancy, making it an attractive method to pregnant mothers apprehensive to sticking a needle in their belly. 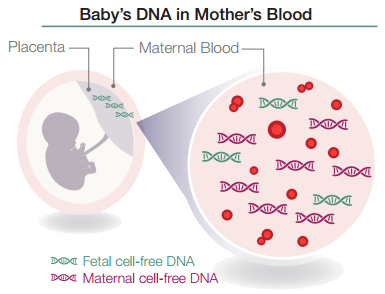 Although the use of cffDNA testing may seem appealing to most, the society of Obstetricians and Gynecologist of Canada (SOGC) recommends this form of testing only as an adjunct to any abnormal finding found in the preliminary maternal blood Triple/Quad screening test as mentioned above, and is seen as an escalation step for testing when a preliminary abnormality is found. The cost of performing a cffDNA test costs OHIP about $750 currently, compared to $150 for maternal blood testing making it an easy choice for government officials to choose not to cover cffDNA testing if all preliminary testing is normal. However, it is possible to pay out of pocket for cffDNA testing if the criteria for health care coverage are not met, with more information found here.
Haadi Hafeez September 21, 2016
Share
Tweet

Categories
All Articles Myth vs Facts Health and Wellness Toronto Ontario Hamilton Ottawa London Alberta Edmonton Calgary
Contribute to VisitDoctor.ca
Readers' Picks
Medical Tests New Immigrants to Canada Should Be Aware Of
Haadi Hafeez
Moving to a new country can be a long and arduous ordeal; application processes, background checks, and medical tests...
Natural VS Conventional Medication
Haadi Hafeez
In an ideal world people would live long lives, never having to deal with illness or disease. We would eat naturally...
Canadian View on Physician-Assisted Death
Vivian L.
Today's Canadians want control over all aspects of their own lives, including the choice of whether to live or die....
Physics Meets Medicine
Zahra Abdi
I once saw a post that distinguished the complex fields of biology and physics, with a simple (and slightly comical)...
Advances in Prenatal Screening
Haadi Hafeez
With the aid of modern medicine, doctors have a battery of prenatal tests that can be implemented, examining the...
Studies in Shut-Eye: How Much Sleep is Enough
Terese Mason Pierre
How much sleep do you really need? And why do some people sleep less than others? Can you get just a few hours of sleep...
The Case of OJ vs. the Orange; The Jury Trial
Yoshith Perera
Your honor... Today this glass of orange juice or OJ you see before you is on trial for causing several humans to...