Main > Blog > Incidences of HIV in Alberta are on the Rise

Incidences of HIV in Alberta are on the Rise

Justine Klettke
According to Alberta Health’s latest Surveillance and Assessment STI and HIV Annual report, HIV rates have been steadily increasing from 2010 to the time the report was released [1] . Also, cases in males have been historically higher than female in Alberta.

AIDS was first reported in Alberta in 1983, and HIV was reported in 1998. There may be several reasons for this rise, according to Alberta Health. For one, sharing intraveneous needles when taking drug taking can spread the disease, and the virus can also be sexually transmitted. Also, the disease is spread as Alberta has become increasingly globalized. With a new influx of visitors from other countries, it is important to note that many of these countries have endemic rates of AIDS, meaning that the virus is a regular occurrence in their populations.

It can be disparaging to hear this news, and many Albertans wonder what can be done? It is important to visit local clinics to get tested for HIV, even if one has no symptoms. Any exposure to blood, a new sexual partner, or intraveneous drug use merits a visit.

Often these tests must be performed in Alberta through the family GP. Most family doctors in Alberta are part of the Primary Care Network, which is a group specifically formulated to help care for Albertans’ heath [2].

It is important for Alberta patients to have a family doctor because there is often long wait times at walk in doctors’ offices, and it is easy to walk out of the door after seeing a long line. Also this will prevent a more prolonged exposure to more acute illnesses, such as the flu, while waiting for long periods at a walk in facility. 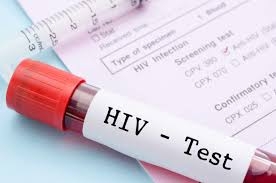 The first step in helping control the incidence of HIV in Alberta is to get tested. There are still many Albertans infected with HIV who do not even know that they have the disease. Alberta has excellent treatment facilities for patients with HIV, and the second part of this blog series will explore these options in depth.

While the rise of HIV in Alberta is discouraging news, the epidemic does not need to make the province endemic. Avoiding ignorance of health issues that affect the province will help Albertans realize that health maintenance checks through visits to their family GPs is vital. Also, prevention through abstinence from taking risks with drugs and sexual behavior is the key to keeping our province healthy.
Justine Klettke October 02, 2016
Share
Tweet
Our readers also like:
Navigating HIV Treatment in Edmonton Sexually Transmitted Infections: What You Should Know

Categories
All Articles Myth vs Facts Health and Wellness Toronto Ontario Hamilton Ottawa London Alberta Edmonton Calgary
Contribute to VisitDoctor.ca
Readers' Picks
Medical Tests New Immigrants to Canada Should Be Aware Of
Haadi Hafeez
Moving to a new country can be a long and arduous ordeal; application processes, background checks, and medical tests...
Naturopathy in Calgary: Healing Naturally
Radha Subramaniam
Alternative medicine has been gaining popularity immensely among patients as a substitute for conventional medicine....
Alberta&rsquo;s Recession Does not Have to Mean a Cut-back on Personal Fitness
Justine Klettke
Alberta is currently going through a recession and this usually results in people cutting back on the money they invest...
Natural VS Conventional Medication
Haadi Hafeez
In an ideal world people would live long lives, never having to deal with illness or disease. We would eat naturally...
Canadian View on Physician-Assisted Death
Vivian L.
Today's Canadians want control over all aspects of their own lives, including the choice of whether to live or die....
Physics Meets Medicine
Zahra Abdi
I once saw a post that distinguished the complex fields of biology and physics, with a simple (and slightly comical)...
Studies in Shut-Eye: How Much Sleep is Enough
Terese Mason Pierre
How much sleep do you really need? And why do some people sleep less than others? Can you get just a few hours of sleep...
The Case of OJ vs. the Orange; The Jury Trial
Yoshith Perera
Your honor... Today this glass of orange juice or OJ you see before you is on trial for causing several humans to...