Justine Klettke
People listen to the speeches regarding alcoholism, but many don’t really hear. But yet so many people are addicted to binge drinking or are full blown alcoholics.

Handing a beer to a friend might seem like a friendly gesture, but some people cannot stop at one. Actually, most people in that circle probably are not stopping at one, but they only see the person with the low tolerance as a problem. 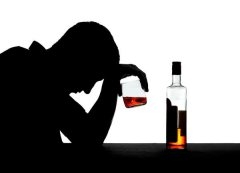 Binge drinking is classified for women as having four or more drinks in one sitting, and for men it is five drinks according to Alberta’s Office of Chief Medical Officer for health [1]. And unfortunately, the number of women who engage in binge drinking twice a month has increased over the years. From 2001 to 2014, this statistic has risen from 5% to 9% documents Alberta Health Services as reported in Metro News [2]. More men in Edmonton binge drink, but the numbers have stayed relatively consistent over the years at just under 15%.

Alberta Health Services put out a report in 2015 regarding alcohol and Albertans’ health, and the full findings can be viewed here. 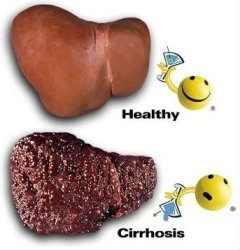 Surprisingly, with all the information touted in the media regarding the health benefits of moderate drinking, even one to two drinks a day can actually negatively impact health. When this is done over the long term, the person is at risk of developing eight types of cancer according to the Canadian Center on Substance Abuse (CCSA) [3]. And what is worse is that more average use of alcohol (around 10 drinks per week) can increase the risk of seizures, stroke, high blood pressure, liver cirrhosis, pancreatitis, and irregular heartbeat, also according to the CCSA.

Drinking only one drink a day after 45 does have a few benefits such as protection against diabetes, but only if this number is never exceeded.

Clearly binge drinking and moderate drinking are health choices that will more than likely negatively impact one’s health. And thankfully in Edmonton, there are medical facilities that are geared to helping Albertans steer away from this drug.

On Alberta Health Services website, they have information for people looking to safely withdraw from alcohol in the event of a substance abuse problem. If you are planning a party, consider providing an alcohol free environment, as is one suggestion from their section regarding “Making Decisions Regarding Drinking”.

An application for residential treatment facilities can be found at this link. You can apply for treatment in Henwood Treatment Centre located at 18750 18 Street NW, Edmonton (for all related questions call 780.422.4466). Unfortunately, alcohol addiction can spiral so out of control that a person might not be able to survive without specialized treatment.

There is a lot of value in watching the type of company that one chooses to keep while trying to get away from an unhealthy lifestyle. Alcohol is more addictive than some people will ever admit, and there is merit in avoiding situations completely where alcohol consumption is the focus of the gathering.

In time, with healthy choices, a person might be able to re enter those situations without being tempted to binge drink. I think that the important take away message here is that we recognize that alcohol can be an abused substance even though it is legal. So let’s try to help each other along and send out the message that love is stronger than addiction.
Justine Klettke February 22, 2017
Share
Tweet

Categories
All Articles Myth vs Facts Health and Wellness Toronto Ontario Hamilton Ottawa London Alberta Edmonton Calgary
Contribute to VisitDoctor.ca
Readers' Picks
Medical Tests New Immigrants to Canada Should Be Aware Of
Haadi Hafeez
Moving to a new country can be a long and arduous ordeal; application processes, background checks, and medical tests...
Naturopathy in Calgary: Healing Naturally
Radha Subramaniam
Alternative medicine has been gaining popularity immensely among patients as a substitute for conventional medicine....
Alberta&rsquo;s Recession Does not Have to Mean a Cut-back on Personal Fitness
Justine Klettke
Alberta is currently going through a recession and this usually results in people cutting back on the money they invest...
Natural VS Conventional Medication
Haadi Hafeez
In an ideal world people would live long lives, never having to deal with illness or disease. We would eat naturally...
Canadian View on Physician-Assisted Death
Vivian L.
Today's Canadians want control over all aspects of their own lives, including the choice of whether to live or die....
Physics Meets Medicine
Zahra Abdi
I once saw a post that distinguished the complex fields of biology and physics, with a simple (and slightly comical)...
Studies in Shut-Eye: How Much Sleep is Enough
Terese Mason Pierre
How much sleep do you really need? And why do some people sleep less than others? Can you get just a few hours of sleep...
The Case of OJ vs. the Orange; The Jury Trial
Yoshith Perera
Your honor... Today this glass of orange juice or OJ you see before you is on trial for causing several humans to...