Trend Towards Natural Medicine in Ontario

Jasmine Fong
For many years’ medicine has been based on scientific research, in other words you’ve got to see it, to believe it. In this view a human body is like machine, when you’re ill something must be wrong and the fix, is the medication. Yet recently in the world of medicine there has been a shift. A move away from the traditional strict biological views of illness and towards a broader view of one’s health. A movement shifting away from the traditional Western view of medicine and towards a more natural perspective of medicine. 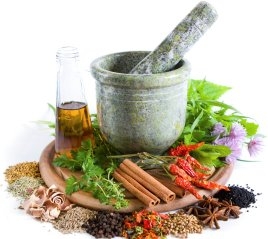 Western medicine prides itself on its scientific basis. Medical treatments are tested, refined, and the cycle repeats until you get it right. The product at the end of this long journey is perfected. However, today’s society doesn’t seem to agree. Defined as a health care system that integrates modern scientific knowledge to the traditional and natural forms of medicine [1]. Not only is natural medicine gaining attention but it’s gaining popularity.

In the past, natural medicine hadn’t truly been seen as a form of medicine. It was almost silly. Doctors would view it negatively and convey that perspective to their patients, and patients would be nervous about choosing to use natural treatments. Yet this view is changing.

In Ottawa, Ontario, a woman has taken to natural medicines and treatments for her breast cancer and was shocked to find support in her doctor [2]. With this changing view patients are now seeing natural medicine in a more positive light and more open about using those services. Some of these services include naturopathy, clinical nutrition, acupuncture, and hydrotherapy. Within the Ontario healthcare system these forms of treatment have been integrated to aid Western forms of healthcare. For instance, the example stated above, where the woman still had chemotherapy, but she also turned to natural medicine using clinical nutrition for better results. A trend seen in cancer victims.

However, cancer victims aren’t the only ones supplementing Western forms of medicine with the natural forms. Some believe that Western method treats the symptoms that are seen. Recommended treatments don’t account for the underlying disease. This is where natural medicine looks to be very appealing. Natural medicine is believed to not only cure the prevalent symptoms, but also the root cause. Using a natural remedy that has been seen to be successful through years of traditional use. Believing in a holistic broader view of not only feeling well, but an overall feeling of wellness, emotional, physical, and spiritual well-being. Qualities that Western medicine lack. 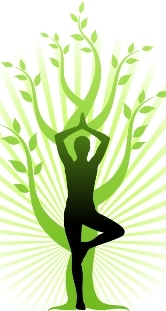 Beyond these reasons this shift is also being pushed by the government. Recently the Canadian government has given the authority to practitioners of natural medicine to treat “complex conditions” including Parkinson’s and HIV with highly potent drugs [3]. If this wasn’t enough, Ontario’s medical regulator has proposed that there be a more liberal approach to natural medicine [4]. Not that long ago our government hadn’t seen natural medicine so positively. Maybe they’re just getting with the bandwagon, or is there something else? With the healthcare costs in Canada on the rise natural medicine looks like a handsome answer. In 2011 there were over 5 million Canadians reporting using some form of natural medicine and majority of these people paid out of pocket… that sounds nice for the government doesn’t it? For that year it was estimated that these individuals used about $2.35 billion on those treatments and products [5]. So, yes there is a shift towards the au natural form of medicine and the government doesn’t look like they’ll be holding back.

With its infectious spread there are clinics that can be found easily in the GTA (Ontario) and surrounding areas. With clinics such as The Toronto Naturopath Clinic or Mahaya Health which are both located in Toronto, or Hands That Heal a wellness centre in the west end of Hamilton, Ontario naturopathic clinics hold an array of services from hypnosis, to Reiki, to medical esthetics, to Holistic Nutrition and Weight loss! However, there are many other clinics available, and sites like VisitDoctor.ca provide a directory of all the clinics and services in the searched areas!

So, is todays society losing faith in Western medicine? That doesn’t look to be the case, its not be replaced just added to. Currently this natural form of medicine seems only to be the sidekick, aiding the treatment of Western medicine. However, who knows what the future will hold. As the trend towards natural medicine doesn’t look like it’ll be going anywhere, anytime soon. It may not be scientifically based, but it sure looks to be the winning candidate for method of healthcare by citizens today.
Jasmine Fong April 07, 2016
Share
Tweet
Our readers also like:
Integrative Medicine: How it Works and Where to Go in Ontario The Legalization of Marijuana: Trudeau&#039;s Plan... Will it Work for Canadians?

Categories
All Articles Myth vs Facts Health and Wellness Toronto Ontario Hamilton Ottawa London Alberta Edmonton Calgary
Contribute to VisitDoctor.ca
Readers' Picks
Medical Tests New Immigrants to Canada Should Be Aware Of
Haadi Hafeez
Moving to a new country can be a long and arduous ordeal; application processes, background checks, and medical tests...
Infographic: The Doctor Shortage in Ontario
VisitDoctor.ca Team
The team at VisitDoctor.ca has compiled a new infographic highlighting the current statistics of how severe the...
Trend Towards Natural Medicine in Ontario
Jasmine Fong
For many years’ medicine has been based on scientific research, in other words you’ve got to see it, to believe it. In...
Methods of Birth Control in Ontario
Monique Zizzo
There are countless situations where an unplanned pregnancy would be a major problem rather than a pleasant surprise,...
Naturopathic Medicine in Ontario
Zahra Abdi
If you’re anything like me, you’d think that a disease is that icky, functionless state you’re in, as a result of being...
Integrative Medicine: How it Works and Where to Go in Ontario
Monique Zizzo
Integrative medicine is a relatively new field that is continuing to grow. It's no secret that the popularity of...
The Future of Regenerative Medicine in Ontario
Monique Zizzo
In January 2016, Prime Minister Justin Trudeau announced that $20 million from the Advanced Manufacturing Fund will be...
Natural VS Conventional Medication
Haadi Hafeez
In an ideal world people would live long lives, never having to deal with illness or disease. We would eat naturally...