Zahra Abdi
If you’re anything like me, you’d think that a disease is that icky, functionless state you’re in, as a result of being exposed to some disease causing agent. For a naturopathic practitioner, disease is your body dealing with some kind of stress, trying to restore that balance. Stresses include diet, smoking, drugs and things that upset your body’s natural balance.

The naturopathic way is to tackle at these stresses, using drug less means. As one would have it, the origin of naturopathy can be traced back to Hippocrates who stated, “Natural forces within us are the true healers of disease.” It this force that naturopathic medicine aims to enhance. German born and immigrated to New York, Benedict Lust, is considered to be the father of American Naturopathy. He founded the American School of Naturopathy in 1901. Henry Lindlahr founded the Lindlahr College of Natural Therapeutics in 1904, after having gone to Europe and had gotten a water-cure treatment. It was the help of these two men that helped Naturopathy take root in the US. More Colleges opened up and Canadian Practitioners were trained in the practice after which they brought back with them.

Treatments includes life style modifications, diet, botanical medicine and more. There are six principles that naturopaths go by: do no harm, the healing power of nature, identify and treat the cause, treat the whole person, doctor as teacher, and disease prevention and health promotion.

The development of naturopath practice in Ontario was weak in comparison to British Columbia, which had its own provincial association running in 1920, and 1944 for Alberta. Ontario’s very own association formed in 1949 even though there were more naturopathic practitioners, however many referred to themselves as chiropractors, iridologists and so on. Before 1950s, only 6 practitioners referred to themselves as naturopaths. It was a shaky start getting the government to recognize practitioners as a profession. 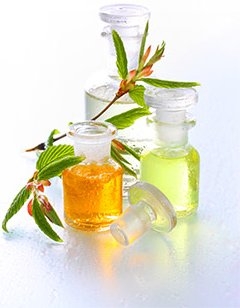 Today we have a national association, the Canadian Association of Naturopathic Doctors which helps in unifying the naturopathic doctors across Canada. From May 9-15 this year, there will be a series of free events going on throughout the country. You’ll be able to find out more about naturopathic medicine, learn about disease prevention, and learn how naturopathy can benefit you, and so on.

To learn more about the events click here and select the province of your interest. For instance, there will be a Lunch and learn event in Downtown Toronto, at the Toronto wellness centre discussing weight loss and naturopathy!

Naturopathy clinics can offer services to work with chronic conditions, hair loss, smoking addiction, Menopause, ADHD, Eczema, Insomnia, intestinal problems and the flus and infections to say the least. The Ontario Association of Naturopathic Doctors, can help locate clinics near you. You can also use our online directory to search for naturopathic practitioners in Ontario.
Zahra Abdi May 18, 2016
Share
Tweet
Our readers also like:
Integrative Medicine: How it Works and Where to Go in Ontario Trend Towards Natural Medicine in Ontario

Categories
All Articles Myth vs Facts Health and Wellness Toronto Ontario Hamilton Ottawa London Alberta Edmonton Calgary
Contribute to VisitDoctor.ca
Readers' Picks
Medical Tests New Immigrants to Canada Should Be Aware Of
Haadi Hafeez
Moving to a new country can be a long and arduous ordeal; application processes, background checks, and medical tests...
Infographic: The Doctor Shortage in Ontario
VisitDoctor.ca Team
The team at VisitDoctor.ca has compiled a new infographic highlighting the current statistics of how severe the...
Trend Towards Natural Medicine in Ontario
Jasmine Fong
For many years’ medicine has been based on scientific research, in other words you’ve got to see it, to believe it. In...
Methods of Birth Control in Ontario
Monique Zizzo
There are countless situations where an unplanned pregnancy would be a major problem rather than a pleasant surprise,...
Naturopathic Medicine in Ontario
Zahra Abdi
If you’re anything like me, you’d think that a disease is that icky, functionless state you’re in, as a result of being...
Integrative Medicine: How it Works and Where to Go in Ontario
Monique Zizzo
Integrative medicine is a relatively new field that is continuing to grow. It's no secret that the popularity of...
The Future of Regenerative Medicine in Ontario
Monique Zizzo
In January 2016, Prime Minister Justin Trudeau announced that $20 million from the Advanced Manufacturing Fund will be...
Natural VS Conventional Medication
Haadi Hafeez
In an ideal world people would live long lives, never having to deal with illness or disease. We would eat naturally...